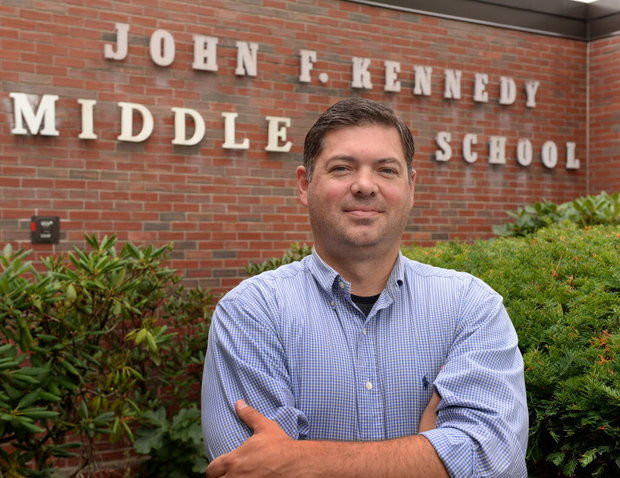 Mass Live – “When Ryan Kelly became principal at John F. Kennedy Middle School a year ago, suspensions were up and teacher morale was so low that he was faced with filling more than a dozen vacancies.

As Kelly, a former assistant principal in East Longmeadow, embarks on the first year operating under the freedom of the newly established Springfield Empowerment Zone Partnership, all of the school’s vacancies have been filled and the suspensions are down.”