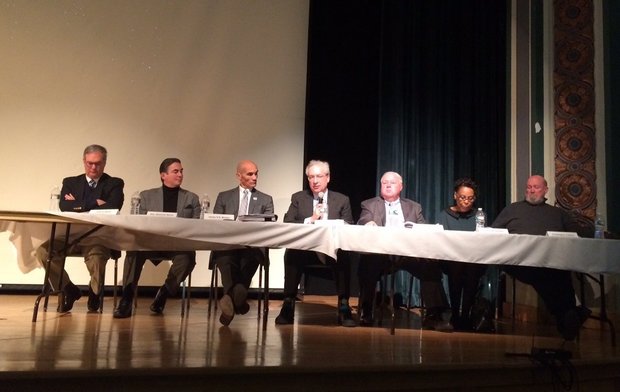 Mass Live – “The Springfield Empowerment Zone board decided Wednesday to select the John F. Kennedy Middle School for additional support in the fall of 2016.

The board unanimously voted to have the underperforming middle school be managed by UP Education Network during a meeting held at Van Sickle Middle School Wednesday afternoon, based on the recommendation of Empower Schools Program Director Matthew Matera.

The board, which currently manages nine middle schools in the city in collaboration with the Springfield public schools, the Massachusetts State Department of Elementary and Secondary Education, the Springfield Education Association and Empower Schools, made the decision after discussing the many issues facing the struggling school.

According to Matera, Kennedy is currently ranked in the 2nd percentile of schools in the state.

“Since 2010 student growth and performance has remained largely stagnant despite real and concerted efforts by the students, Principal Ryan Kelly and his staff,” Matera said.