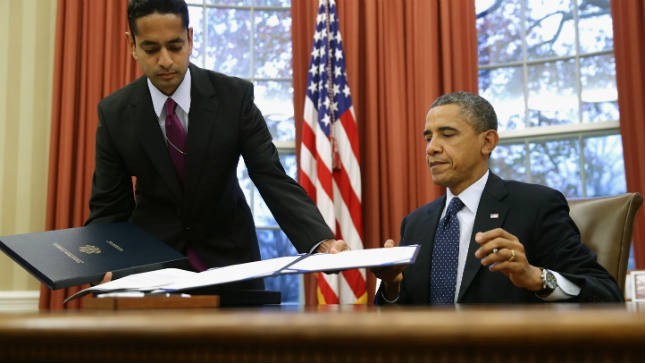 The Hill – “President Obama on Thursday signed a sweeping rewrite of the controversial No Child Left Behind (NCLB) education law.

Obama called the proposal “a Christmas miracle” during a signing ceremony at the Eisenhower Executive Office Building.

“This is an early Christmas present. After more than 10 years, members of Congress from both parties have come together to revise our national education law,” Obama said.

“A bipartisan bill signing right here,” he joked. “We should do this more often.”

The president shared the stage with members of Congress who worked on the bill as well as outgoing Education Secretary Arne Duncan.

Obama thanked the lawmakers who wrote the legislation, Sens. Lamar Alexander (R-Tenn.) and Patty Murray (D-Wash.) and Reps. John Kline (R-Minn.) and Bobby Scott (D-Va.), all of whom were on stage with the president.

“People did not agree on everything at the outset, but they were listening to each other in a constructive way,” the president said. “I think it’s really a testament of the four leaders of their respective committees that we set that kind of tone.”