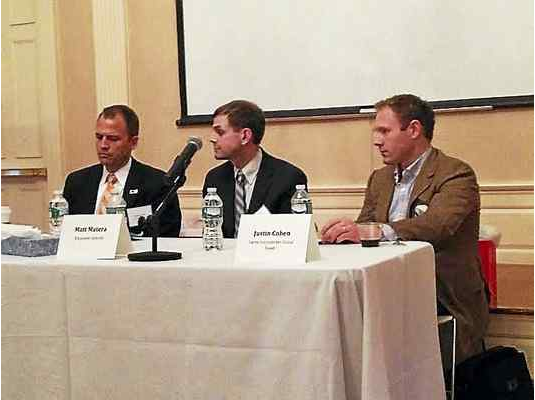 New Haven Register – “When schools under-perform, experts often are called upon to transform educational outcomes for the students.

The Residency Program for School Leadership, a collaborative program between Achievement First and New Haven Public Schools, recently acted as host for three of these experts at a panel on school turnaround.

Moderator Samantha Miller, director for partnership operations with Achievement First, told the audience that no schools in Connecticut’s urban communities are performing at “high levels.”

Panelist Justin Cohen, former president of Mass Insight Education, a nonprofit focused on school turnaround and currently a writer for the Carey Institute for Global Good, said the conversation about turnaround too often focuses on throwing everything at the wall and seeing what sticks.

“Unfortunately, the conversation tends to be about which initiative are we going to take off the shelf and throw together with 16 others and hope that cocktail makes things better for kids,” he said.

Cohen said his preferred model would have a three- to five-year goal to “get to a reasonably high plateau of parity” with schools across all demographic areas.

Panelist Matt Matera, program director for Empower Schools, an organization focused on community partnerships and school policy, said test scores, such as the Smarter Balanced Assessment Consortium, often tend to dominate the focus when talking about schools’ standings, but they still are a valuable metric.”