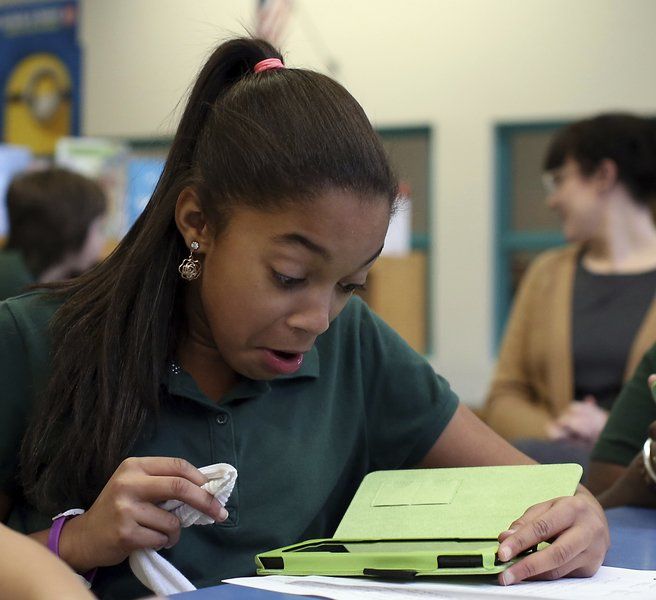 After making academic strides on standardized testing following the Empower Schools-designed turnaround plan, the fifth graders at Bentley Academy received even more good news. This week, all 45 students were presented with a brand new Kindle Fire, a version of Amazon’s e-reader tablet.

Bentley Academy’s Principal, Justin Vernon had presented the idea to raise funds for the tablets back in November. In less than a week, the community responded with the necessary funds for the devices. Students can use the Kindles to read books, articles, practice math homework as well as other subjects, and more.

This is a great success for a school that was designated as an under-performing school 5 years ago. The community’s immediate response to providing Kindle devices shows the level of interest in the Bentley Academy, and how important community support contributes to student success.